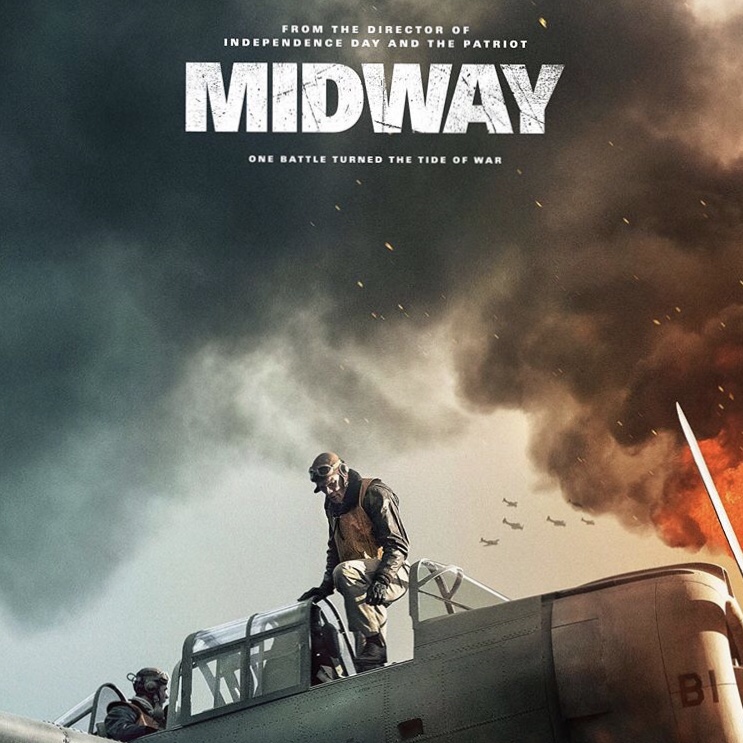 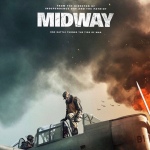 Roland Emmerich is known for his blockbuster filmmaking. They’re not always filled with the stuff of an award winner but they are usually guaranteed to entertain. Midway is no exception to this ‘Emmerich rule of thumb’. It’s an incredibly entertaining and extremely patriotic film. You won’t be seeing it at next years Oscars (other than possibly technical categories), but who cares about all that anyway?

An impressive cast has been assembled for this film. Ed Skrein, Patrick Wilson, Luke Evans, Aaron Eckhart, Nick Jonas, Mandy Moore, Dennis Quaid, Tadanobu Asano, and Woody Harrelson just to name a few. All playing these sort of patriotic archetypes. The movie isn’t about condemnation of war but serves as an illustration of the bravery of those who served.

Several Chinese production companies have put money into this movie. While this is nothing new in modern Hollywood I did find it odd seeing their logos at the beginning of a movie that was so plainly for an American audience. To my surprise but ultimate satisfaction this film addressed the Japanese occupation of China. This is typically glossed over in Western cinema so it was good to see some recognition.

Technically the film is as proficient as any blockbuster produced these days. It looks great. It’s obviously a period piece and the film looks authentic of the time. CGI has come a long way and I’m sure that it helped this production enormously in bringing us back to the 40’s. Emmerich clearly has great command of the whole process. The film felt like a singular vision. It didn’t feel like it was made by committee.

If you’re predisposed to like war films then you can’t go wrong here. The whole cast does a great job and it’s an enjoyable film. If you don’t like that kind of film then give this a miss. This film has a demographic and target audience that it wants. If that’s not you then fine. I was raised on WWII films and I enjoyed the film. It’s as simple as that really.

Patriotism on the verge of propaganda, enjoyable nonetheless: